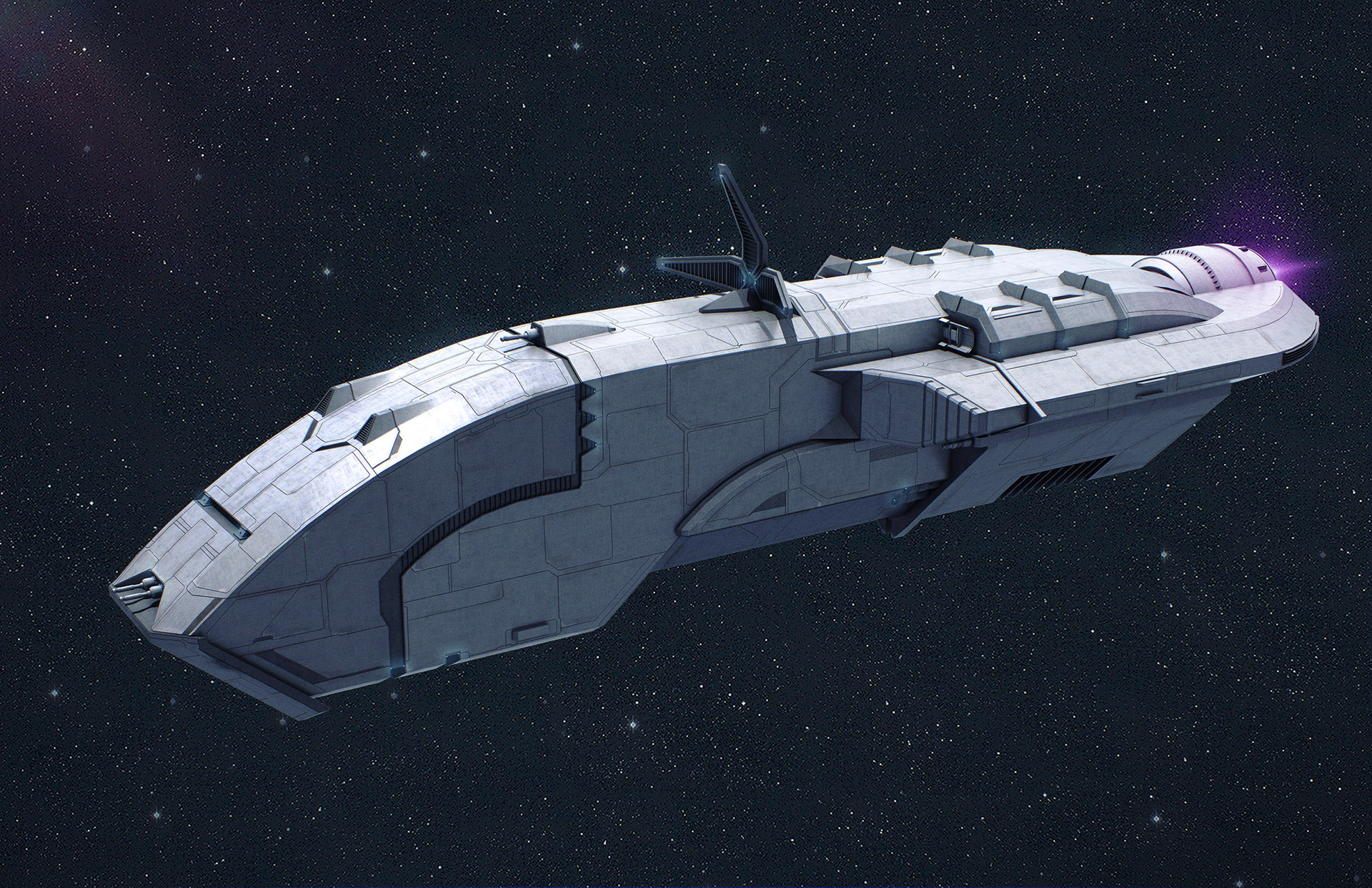 The Ranger is an exceptional entry level defence craft manufactured by the Descendants. Its main role is supporting large ships, such as Destroyers, by nullifying and countering incoming attacks targeted at any friendly. It can achieve this by utilising a unique mounted inertia wave emitter, allowing it to redirect or slow incoming weapons fire making it harmless. Since the craft is designed to hang in a battle with ships many times its size is also has another trick up its sleeve; regenerative armour. This armour repairs itself slowly over time giving the craft high survivability. This focus means the ship has minimal shielding but a high armour rating for its size, it is also able to generate a lot of power and speed giving it more of a chance to evade damage in combat itself.