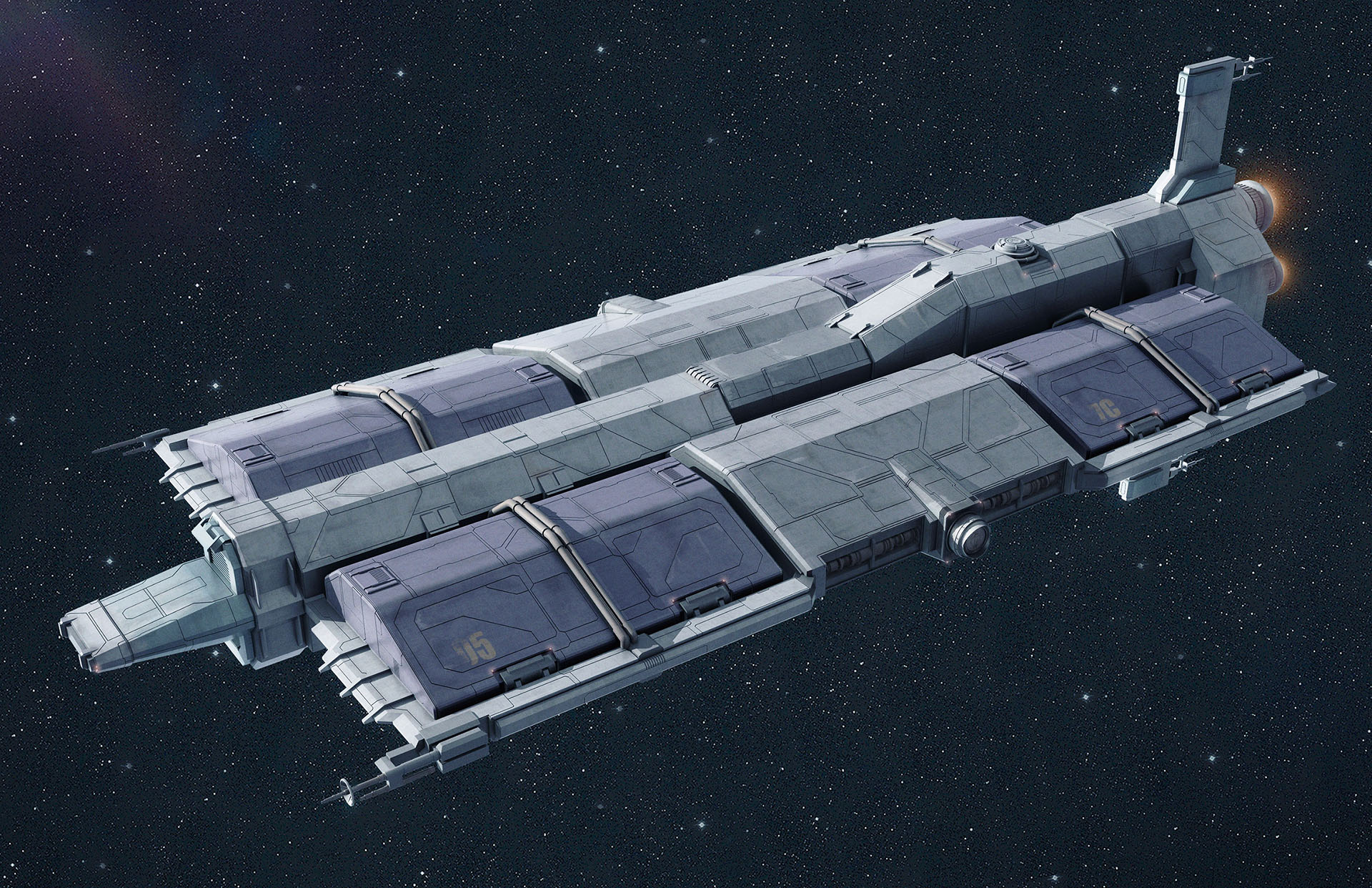 The Barge is the first mining ship available and is also one of the most recognisable designs of Civilian Guild. Composed mostly of hold space, the liveable space onboard the ship is limited. Its purpose is for medium-range mining expeditions, usually from a nearby system. Its 15 lightyear jump range allows the vessel to jump to a mining site, utilise its modest 500 Mg hold for mining commodities hold and return. The design philosophy of mining has resulted in a slow light drive recharge rate, with instead more power being available to the ship to fit custom mining beams. Like all mining role ships, the Barge is twice as effective at mining then ships of differing roles.

[REACTIVE] Eject Cargo: Nullifies cannon attacks of any damage type targeted at [SELF] 1 time for 2 turns.

[SPECIAL] Broken Path: Use inertia beams to place debris in the paths of opposing ships.