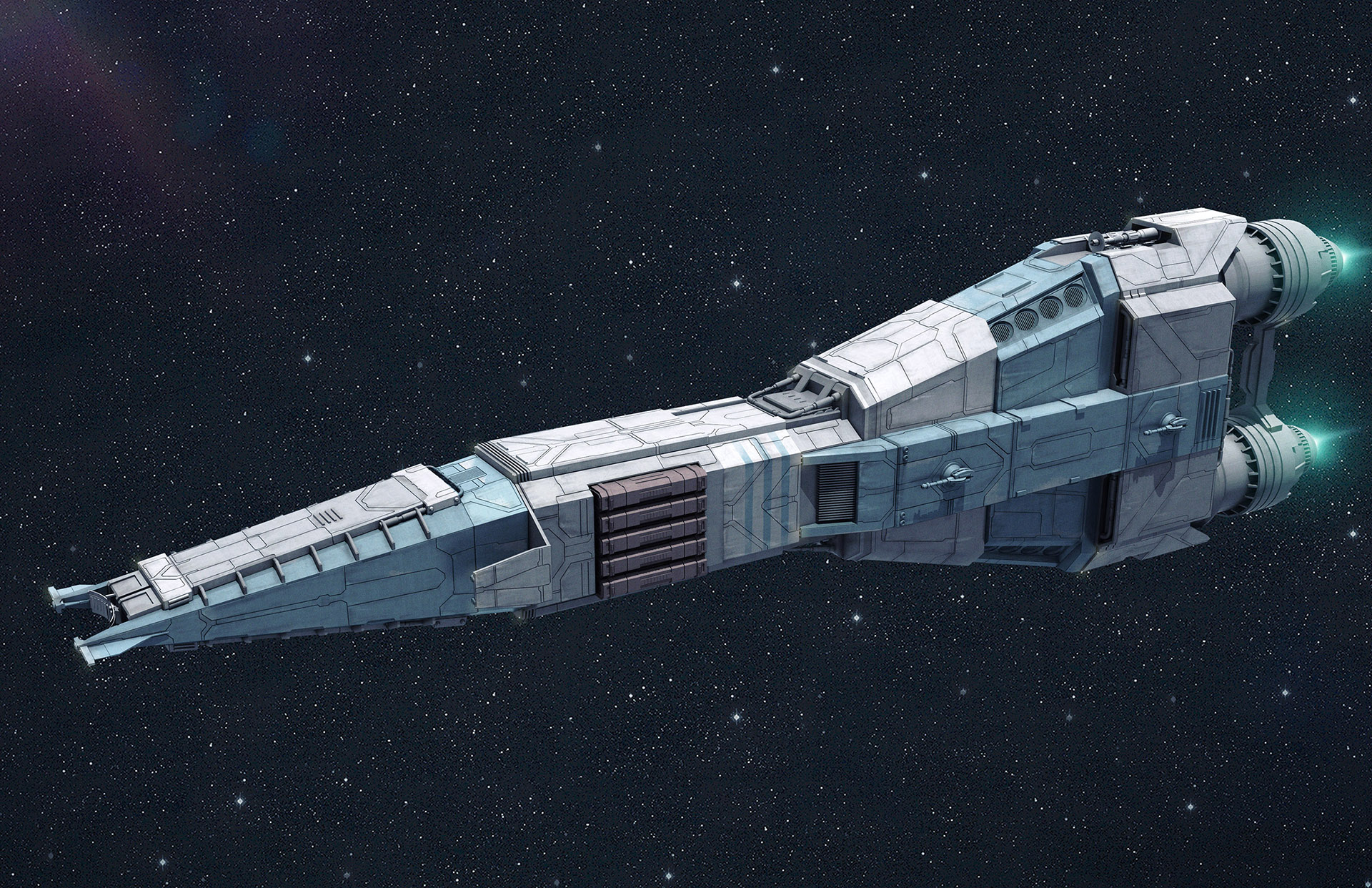 The only purpose built defence role craft of the Civilian Guild, the Battlecruiser is multipurpose, due to featuring decent statistics across the board. It's also designed to be intuitive to use, meaning it requires no special skills to operate. It has a balanced shield and hull rating six times stronger than a Shuttle, a reasonable power plant able to provide 6.8 ZWs of power and a very long jump range of 20 LYs allowing it to perform its defence role with ease. Its clever design also means it has a respectable 200 Mg hold and two docking bays, truly living up to its multirole nature. The Battlecruiser gets its defence credentials from its built-in rotary flak cannons, able to defend against multiple small fast ships at once, perfect for supporting allies.

[REACTIVE] Flak Screen: Nullifies missile attacks of any damage type targeted at [SELF] 3 times for 1 turn.