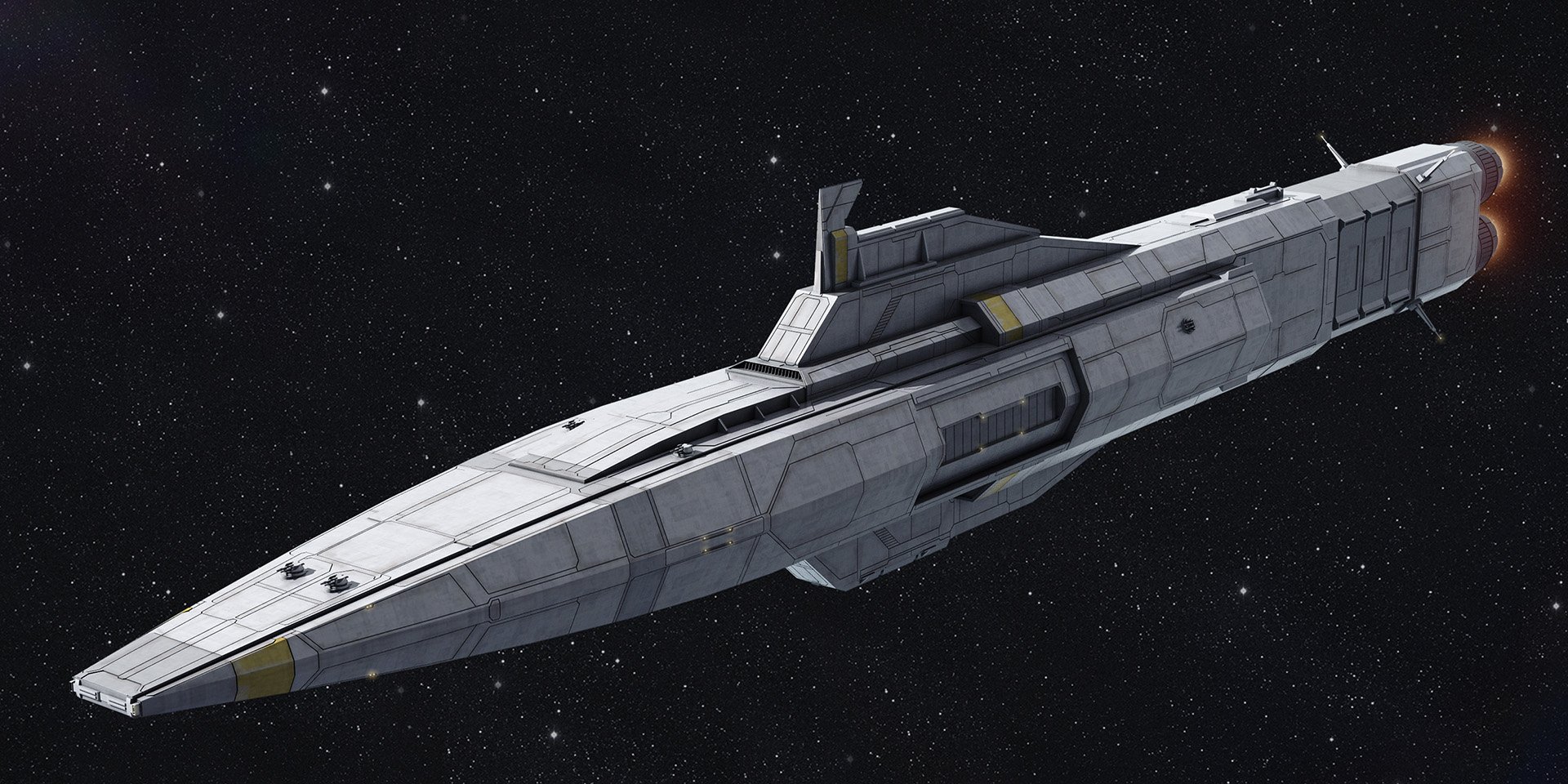 With a decent power plant and augmented armour, the Cruiser class of ship is essentially an upgrade on the Frigate. It has a good set of engines and two docking bays for transporting friendlies. The Cruiser is best used for support, able to lay down covering fire while transporting two other ships into battle. With the ability to disable enemy ships and nullify enemy cannon fire, it is able to give its allies a fighting chance even against stronger opposition.

Passive Perk: Cyber-Warfare
Allows the ship to play the cyber-warfare card in combat, disabling an enemy ship for one turn.

Support role ships increase the shields of all friendlies that join in progress combat by 10 ZWs.

[SPECIAL] Cyber-warfare: Disable a random enemy ship for one turn.