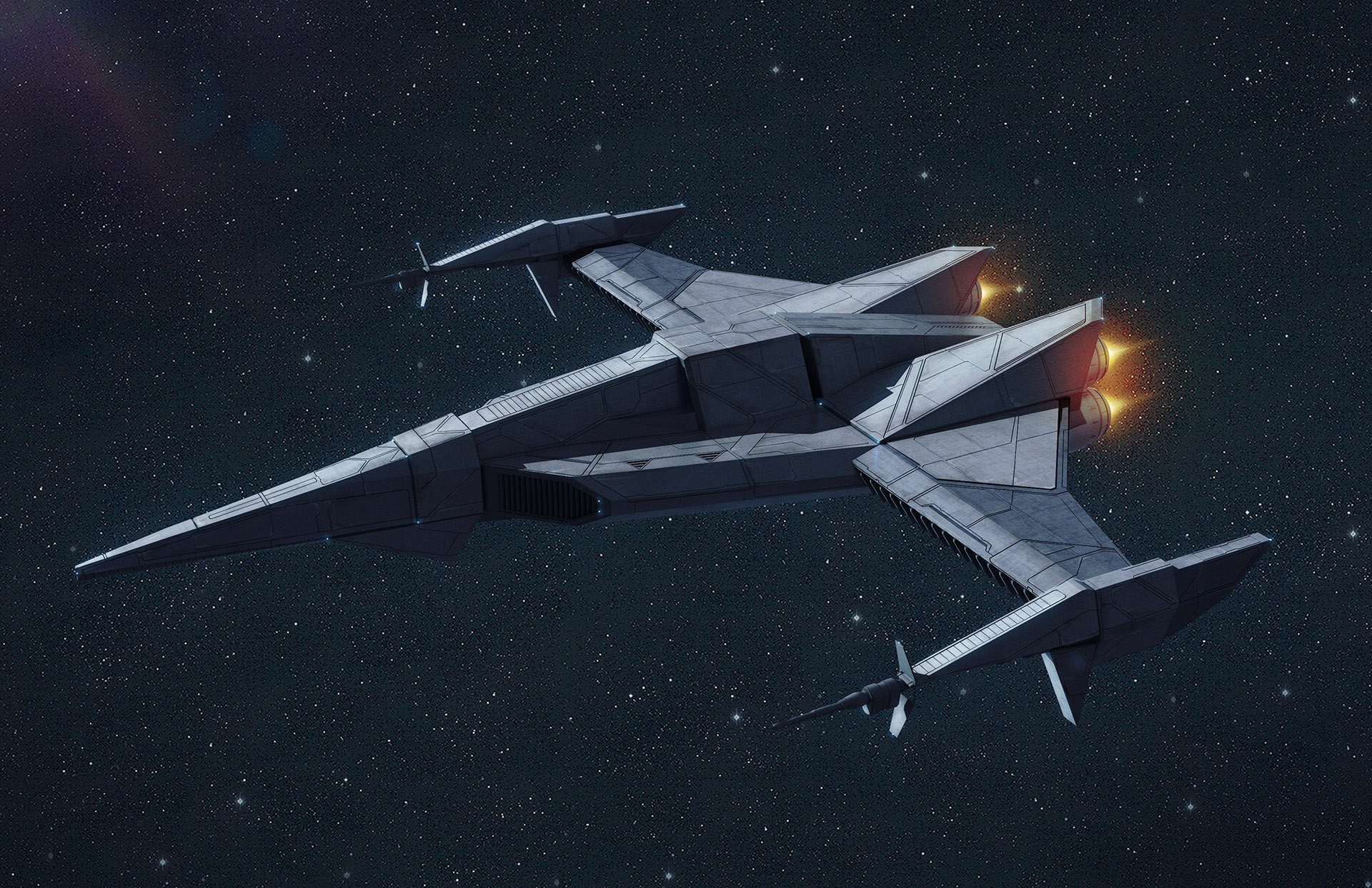 High sublight speed makes this craft nimble in combat as well as for travelling between systems. This class of ship is good both at attacking and evading and its faster speed also means that it's often a first responder to trouble. The Fighters main role is the pursuit and destruction of small targets, or coordinated assaults on larger targets. With a 25% increase to damage output of all weapons fitted, as well as specialised cards designed for combat, the Fighter is a valuable asset in warfare, especially when used in numbers.

Passive Perk: Damage Dealer
Increases the damage of all ports added to the ship by 25%.

[REACTIVE] Break: Nullifies attacks of any damage type targeted at [SELF] 10 times for 1 turn.

[DEFENCE] Afterburners: Modifies the following statistics for a total of 1 turn for [SELF]: Speed: +20%. Critical Chance: +1%.

[SPECIAL] Tail: Decrease incoming damage modifier by 5% and all cannon attacks will miss you in one turn.