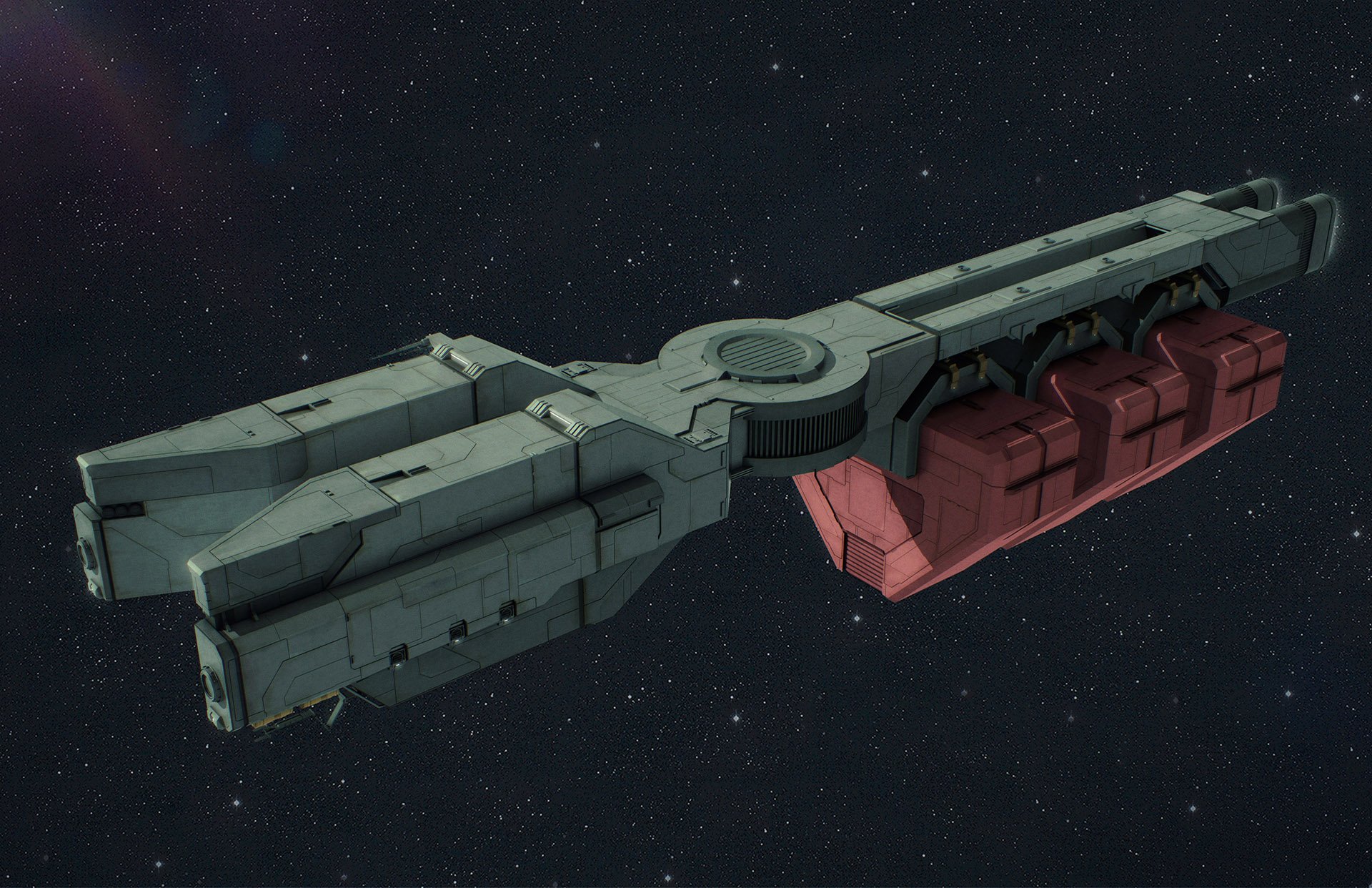 As a relatively new design by the Civilian Guild the Hauler was designed to better serve miners in frontier systems. It features a very large 3,000 Mg hold coupled with a powerful light drive allowing it to jump up to 30 LYs in a single bound. Like with all mining role ships, the Hauler is efficient at mining giving it a higher mining yield as well as specialist systems to find and filter any exotic cargo while mining. A strong hull rating gives it a surviving chance in combat despite its slow speed, and a single bay gives the Hauler the versatility to prepare for trouble, or stow a ship to help with missions.

[REACTIVE] Eject Mass: Nullifies cannon attacks of any damage type targeted at [SELF] 5 times for 2 turns.

[SPECIAL] Cluster Truck: Use inertia beams to place debris in the paths of opposing ships.