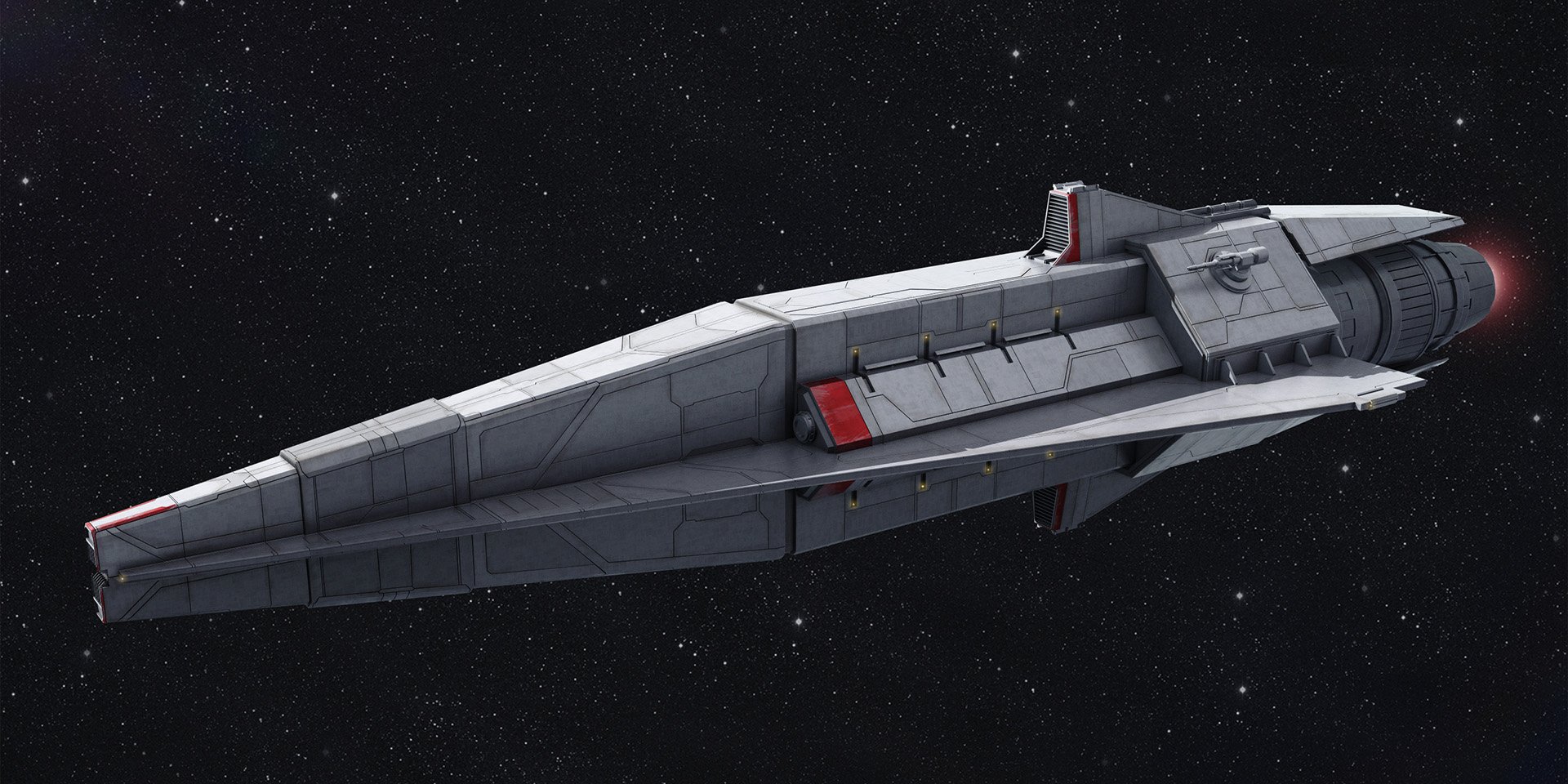 The Interceptor is a fast-moving and highly shielded vessel designed to be a great option for quick responses to trouble. True to its name, its design sacrifices hold space and bays for raw engine power. With only 9 ZWs, it cannot pack as much of a punch as the Corvette but it has specialist equipment allowing it to discharge all enemy light drives in the system - making retreat difficult.

Passive Perk: Light Drive Cascade
Allows the captain to perform a light drive cascade, discharging all light drives of ships in the same system - excluding its own.

[REACTIVE] Kraken Fire: Nullifies missile attacks of any damage type targeted at [SELF] 5 times for 1 turn.

[DEFENCE] Wake Tow: Modifies the following statistics for a total of 1 turn for [FRIENDLY TEAM]: Speed: +1%.