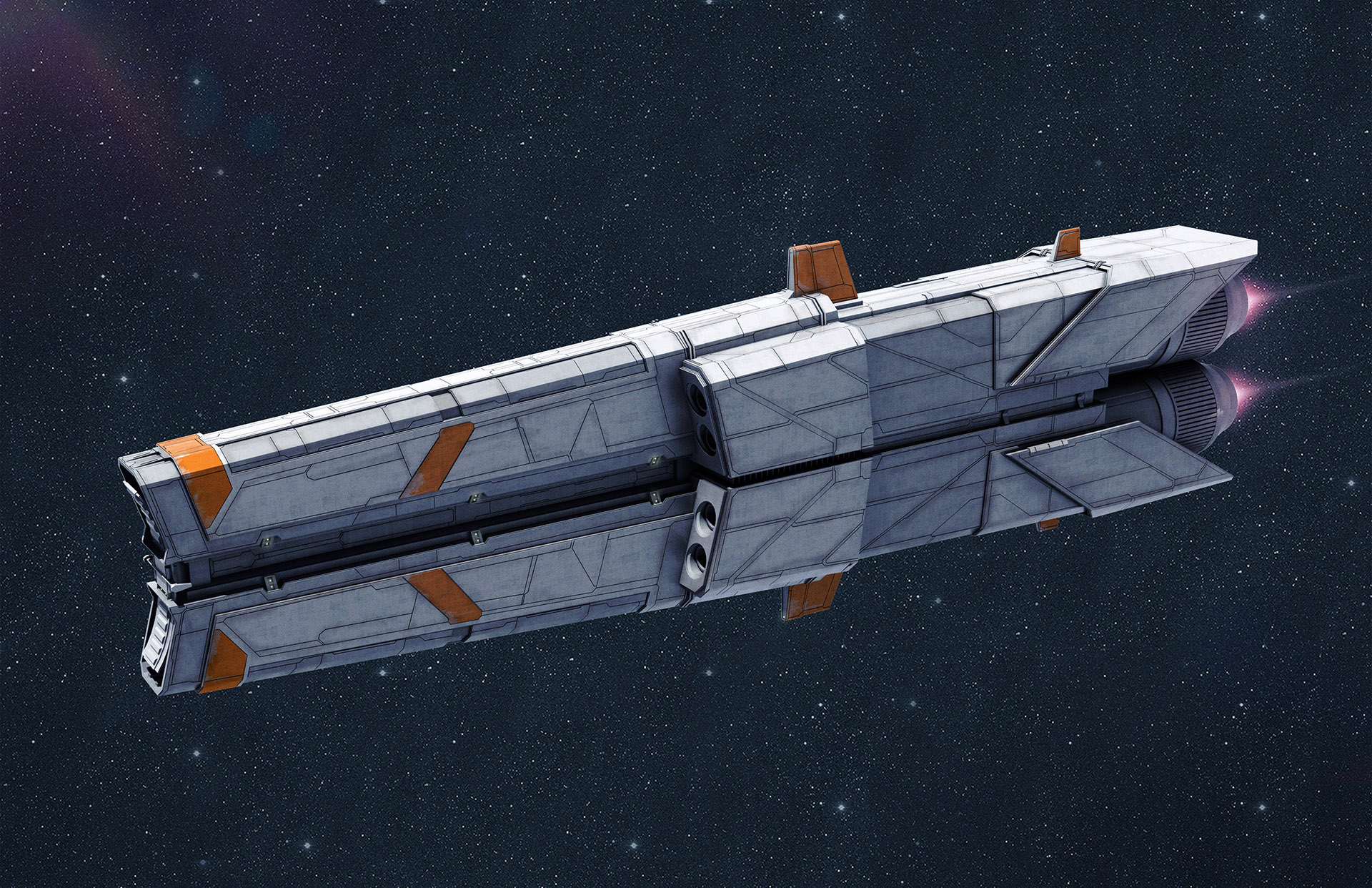 Designed specifically by the Transitional Government to counter Juggernauts, but more broadly any high defence target - the Missile Boat can overwhelm a targets defences. It does this thanks to accelerated missile ports that deplete the targets countermeasures and other reactions. The accelerated missile ports also help any missiles equipped deal 25% more damage, making the Missile Boat into a confident attacker. Despite this, TransGov still classes the Missile Boat as a defender and will often fit missiles that are designed to knock out shields and internal systems to disable the target rather than destroy it. With a sublight speed similar to a fighter and fast charge rate, the Missile Boat can also serve the role as a short range first responder.

[REACTIVE] Missile Counter: Nullifies missile attacks of any damage type targeted at [SELF] 5 times for 1 turn.

[DEFENCE] Lined Up: Modifies the following statistics instantly for [SELF]: Speed: -5%. Outgoing Damage: +10%.

[SPECIAL] Missile Command: Any missiles from friendly ships that miss in one turn will hit random opposing targets instead.