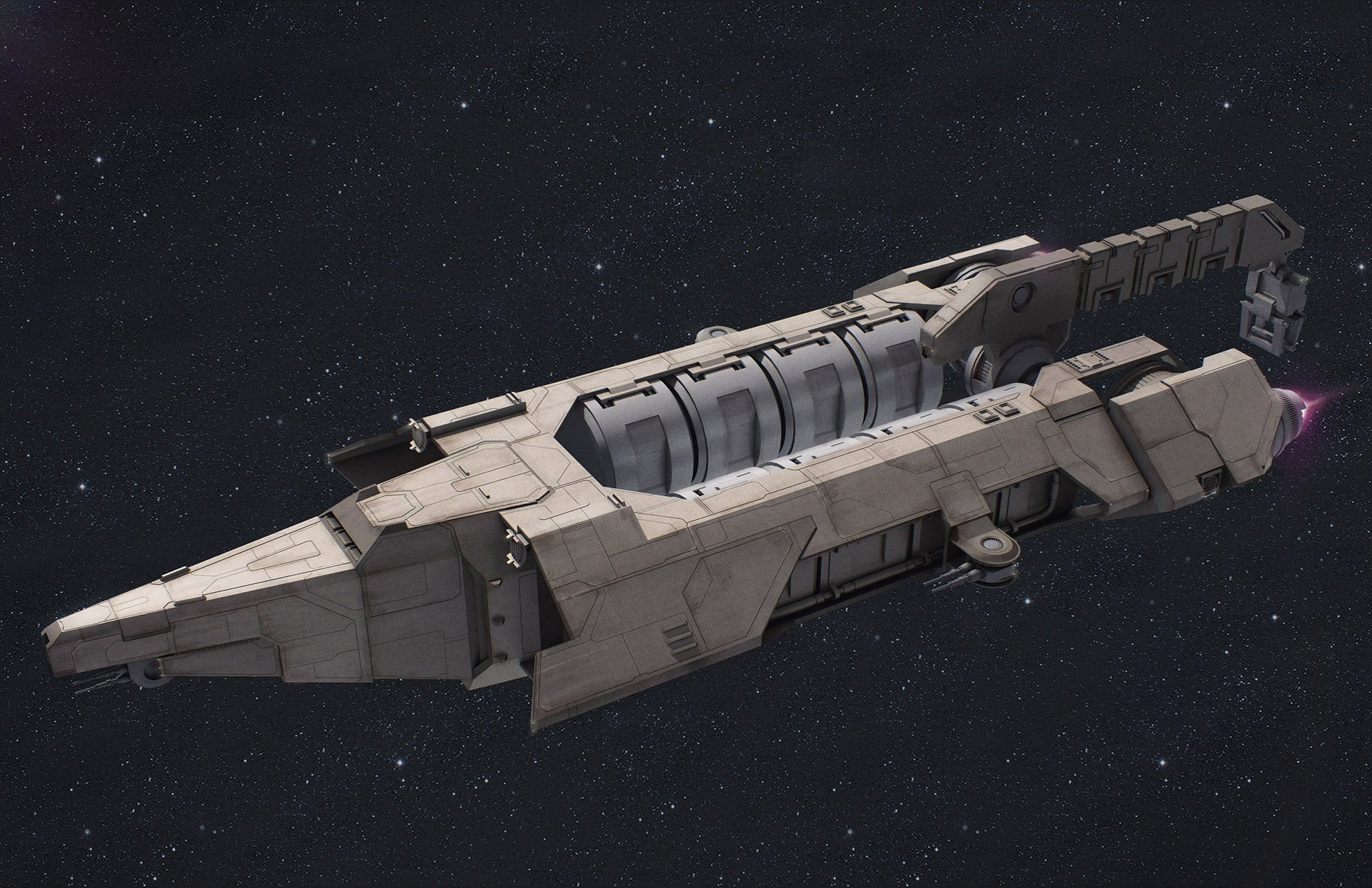 The Mule was created by the Civilian Guild specifically for mining in areas prone to Outlander attacks. The craft is a hybrid mining and attack role vessel achieved thanks to its fast speed (0.25 LY/m), high power output for its size of 18.5 ZWs and moderate hold size of 300 Mgs. The Mule also features a 15 LYs jump range with a quick two minute charge time to help it move away from trouble. Unique to the Mule, the ship has the "Battle Beams" perk which provides an attack card in combat that deals 5 ZWs and 10 GPa damage per mining beam fitted regardless of level.

[REACTIVE] Hard Bank: Nullifies any attacks of any damage type targeted at [SELF] 1 time for 1 turn.