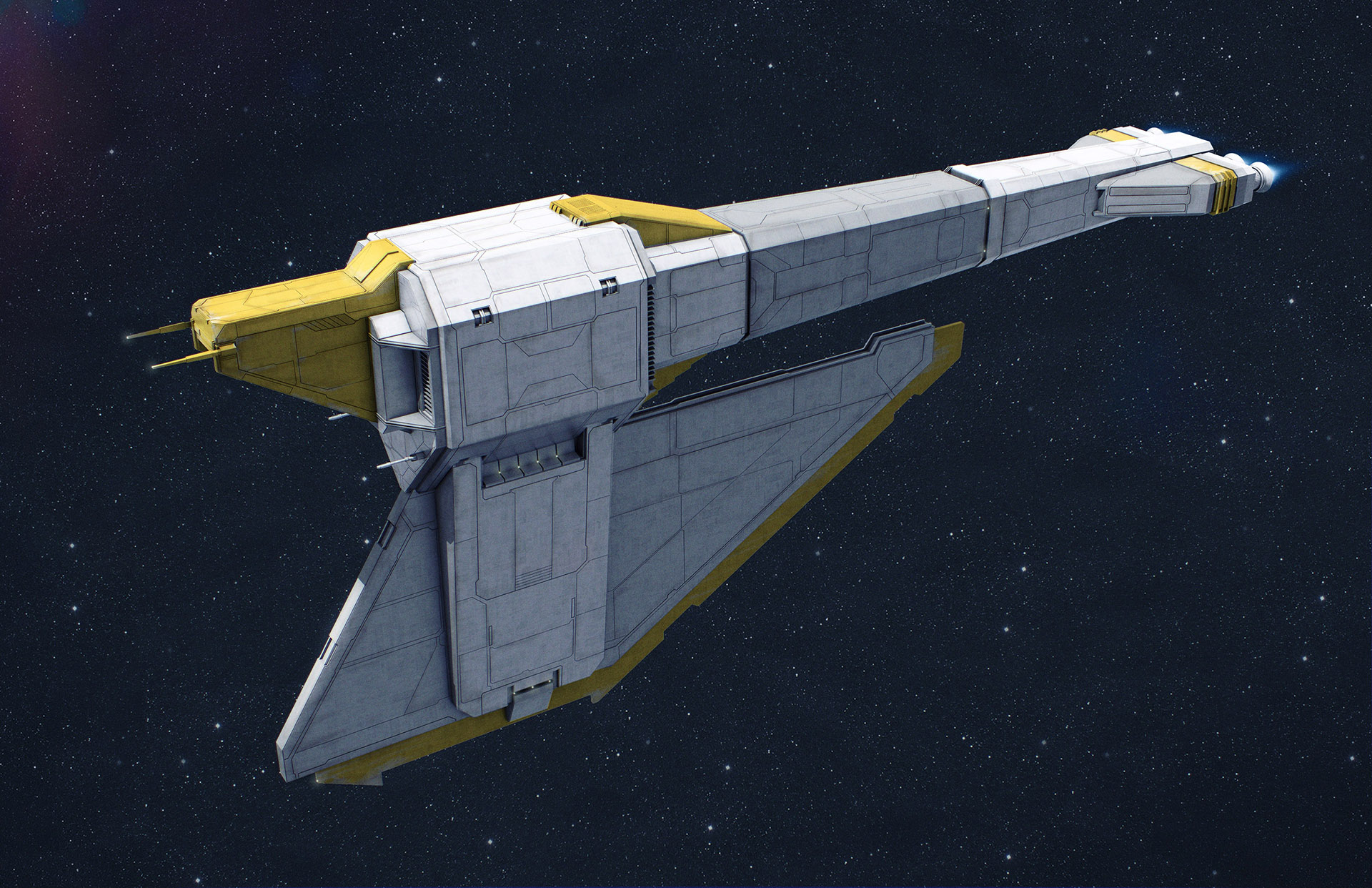 One of the smallest ships available from Family Ath'en, the Skyrim's role is to disrupt the battlefield. The Skyrim can physically swing at an enemy causing ramming damage and thanks to ablative armour it has the ability to be annoyingly persistent. Its primed core perk means that if it is destroyed, all enemies in the battle are damaged.

Passive Perk: Primed Core
Ships with the Primed Core perk feature a specialist high yield Anti-Matter core that explodes when the ship is destroyed dealing catastrophic damage to all ships and structures in the battle.

[REACTIVE] Ablative Armour: Nullifies any attacks of any damage type targeted at [SELF] 1 time for 1 turn.

[SPECIAL] Swing: Perform a swinging ram dealing 100 hull damage to the selected target with a speed less than or equal to 0.05, and 25 hull damage to yourself.