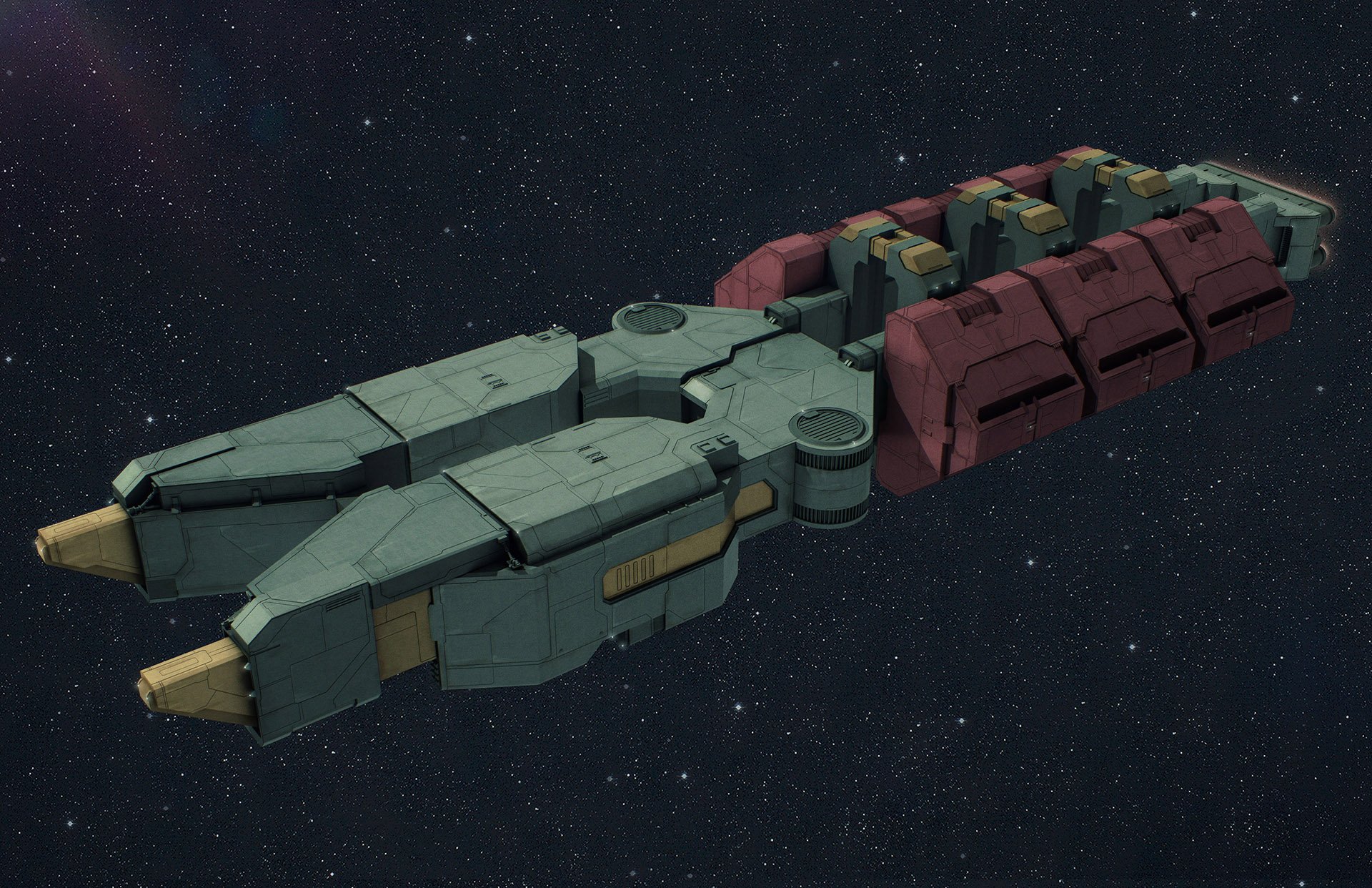 As an upgrade to the Civilian Guild Hauler, the Super Hauler improves the design further providing more hold space, a higher jump range and even more hull strength, and was conceived to better protect miners in the frontier. It features a very large 6,000 Mg hold coupled with a powerful light drive allowing it to jump up to 40 LYs in a single bound, 10 more than the Hauler. Like with all mining role ships, the Super Hauler is efficient at mining giving it a higher mining yield as well as specialist systems to find and filter any exotic cargo while mining. An even stronger hull rating gives it a better surviving chance in combat despite its slow speed, and a two bays gives the Super Hauler the greater protection allowing the storage of two combat ships or other auxiliary ships to help with missions. The increased mass, higher power output and additional bay has resulted in a slightly slower speed, so captains should take this into consideration when selecting their Hauler variant.

[REACTIVE] Eject Mass: Nullifies cannon attacks of any damage type targeted at [SELF] 5 times for 2 turns.

[SPECIAL] Cluster Truck: Use inertia beams to place debris in the paths of opposing ships.