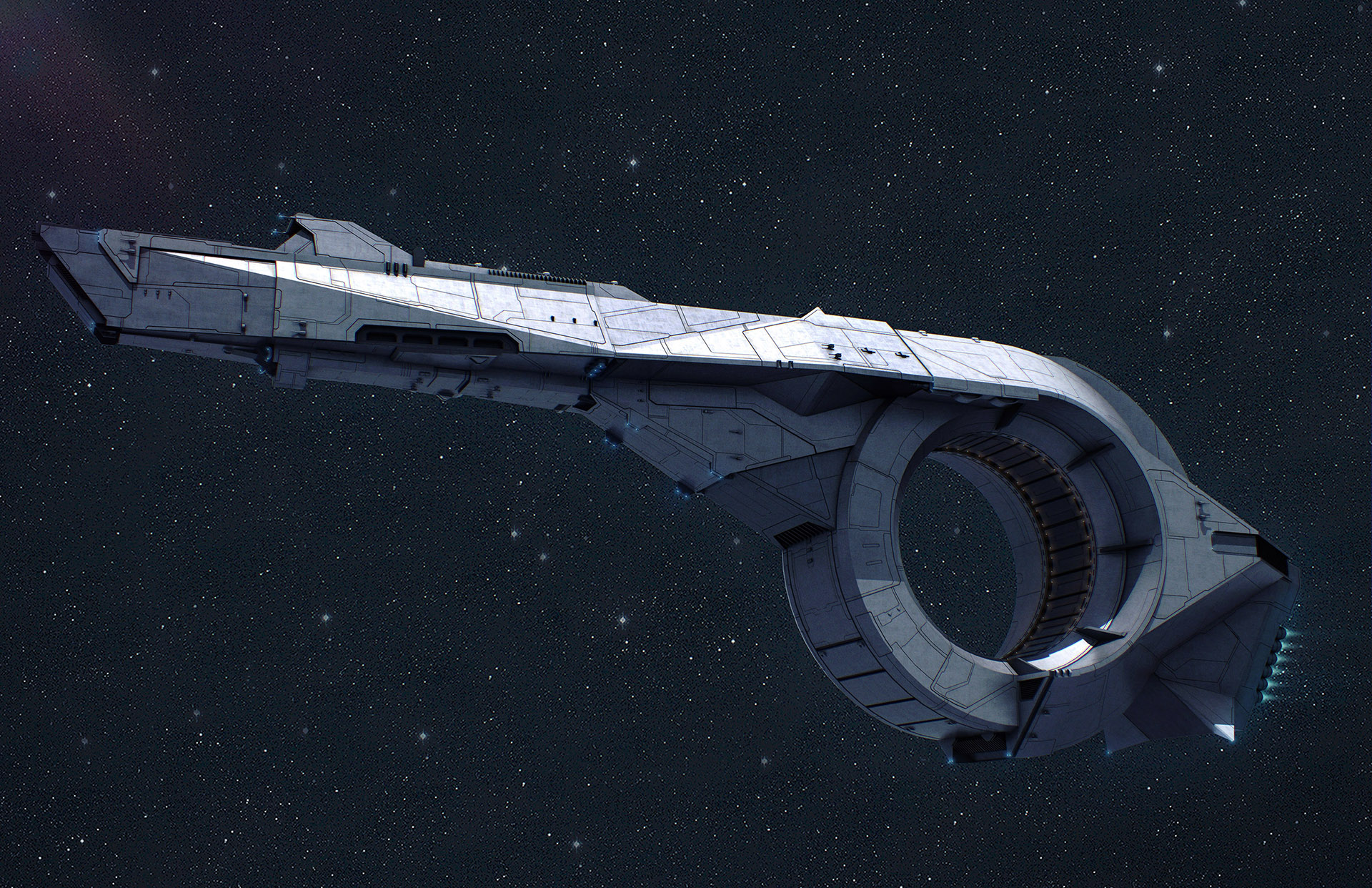 One of the most fearsome ships to move between the stars, as it often represents the start of an invasion, the Warship is the Descendant answer to the government Flagship. Completely unique the Warship features a Null Space Gateway built directly into its structure. This gateway allows faction members in atmospheric ships to travel to the Warships position as well as retreat in combat, even with light drives and engines fully destroyed. The ship itself features eight bays, integral artillery and weapons to counter small ships allowing it siege an entire system by itself if needed. With a large 4,000 Mg hold and expansion space for 12 rooms and a total of 50.4 ZWs of energy available the ship can also serve as a base of operations or forward operating post. Since the ship focuses on its integral gateway, however, the Warship has little in the way of its own FTL means and it only capable of jumping one light year at a time, so planning is required as well as positional awareness.

Passive Perk: Integral Gateway
Ships with this perk feature an in-built Null Space Gateway, allowing atmospheric ships of the same faction to travel to the ship.

Operations role ships increase the critical chance of all friendlies that join in progress combat by 25%.

[REACTIVE] Gateway Wake: Nullifies attacks of any damage type targeted at [SELF] 10 times for 2 turns.

[SPECIAL] Gateway Retreat: Retreats the Warship and all atmospheric ships.