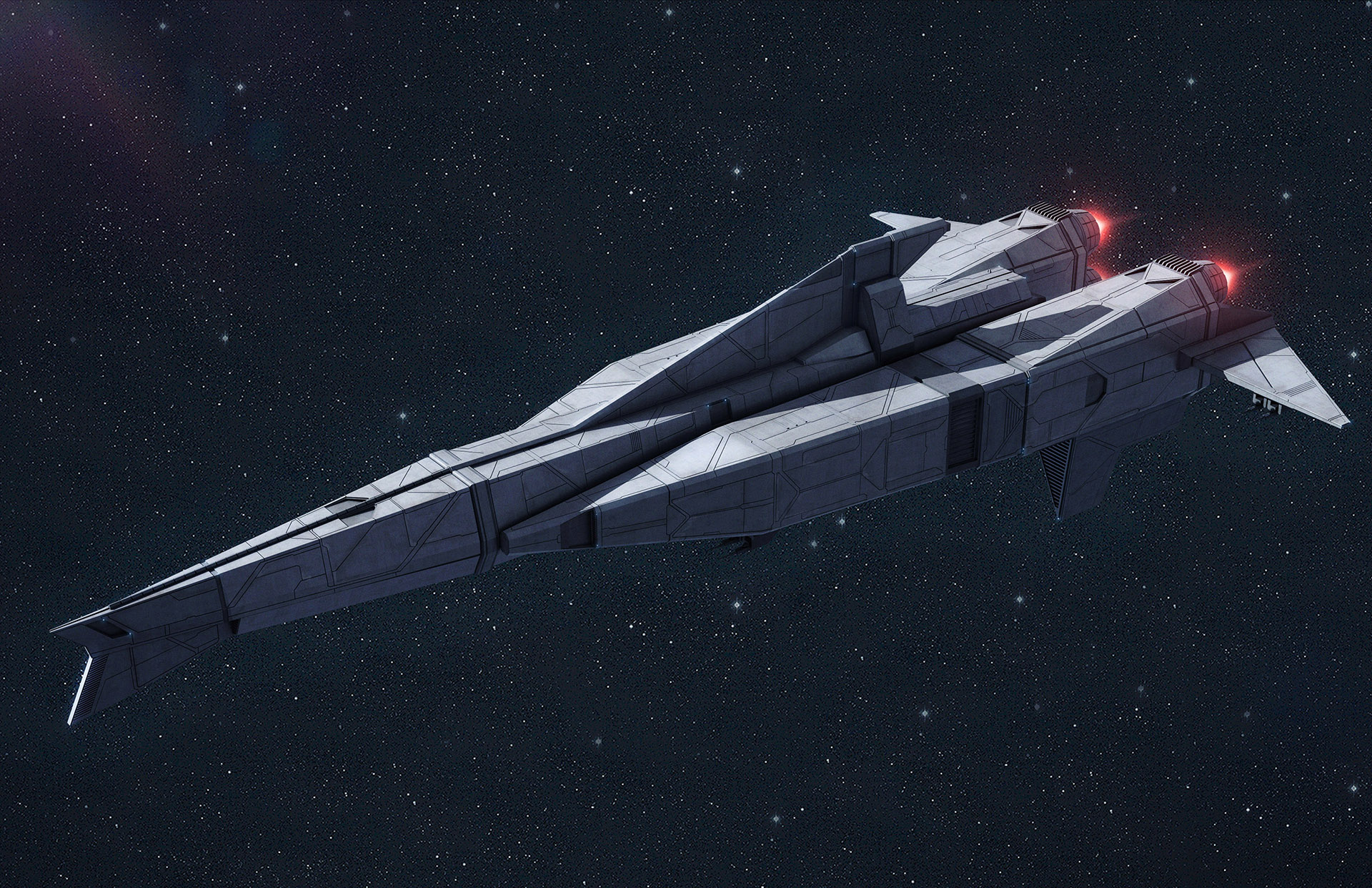 The Corvette class of ship is a fast-moving defence craft, able to operate in formation with fighters. This is achieved via devoting a large portion of the hull to an oversized power core and an oversized pair of engines for a ship of it's size. This has, however, resulted in some trade-offs to enable the best performance of the power core and engines. As such the Corvette has been outfitted with a short range rapidly charging FTL drive, which relies heavily on it's power core, and is unable to land on planets, an issue that the design mitigates via the inclusion of two bays. Which offers the Corvette landing capability, although more commonly these bays serve as a means of rapidly deploying a pair of fighter craft. The Corvette is often used in this manner, operating as Fighter hunter in tandem with its support craft, which has in turn earned it the nickname of "Anti-fighter".

Passive Perk: Engine Overload
Allows the captain to overload the engines to travel quicker at the expense of damaging them.

[REACTIVE] Sharp Turn: Nullifies cannon attacks of any damage type targeted at [SELF] 1 time for 1 turn.

[DEFENCE] Burnout: Modifies the following statistics instantly for [SELF]: Speed: +20%.

[DEFENCE] Plasma Wake: Modifies the following statistics for a total of 1 turn for [ENEMY]: Speed: -50%.

[SPECIAL] Runhot: Increase speed by 0.1 at the expense of damaging the engines by 1%.