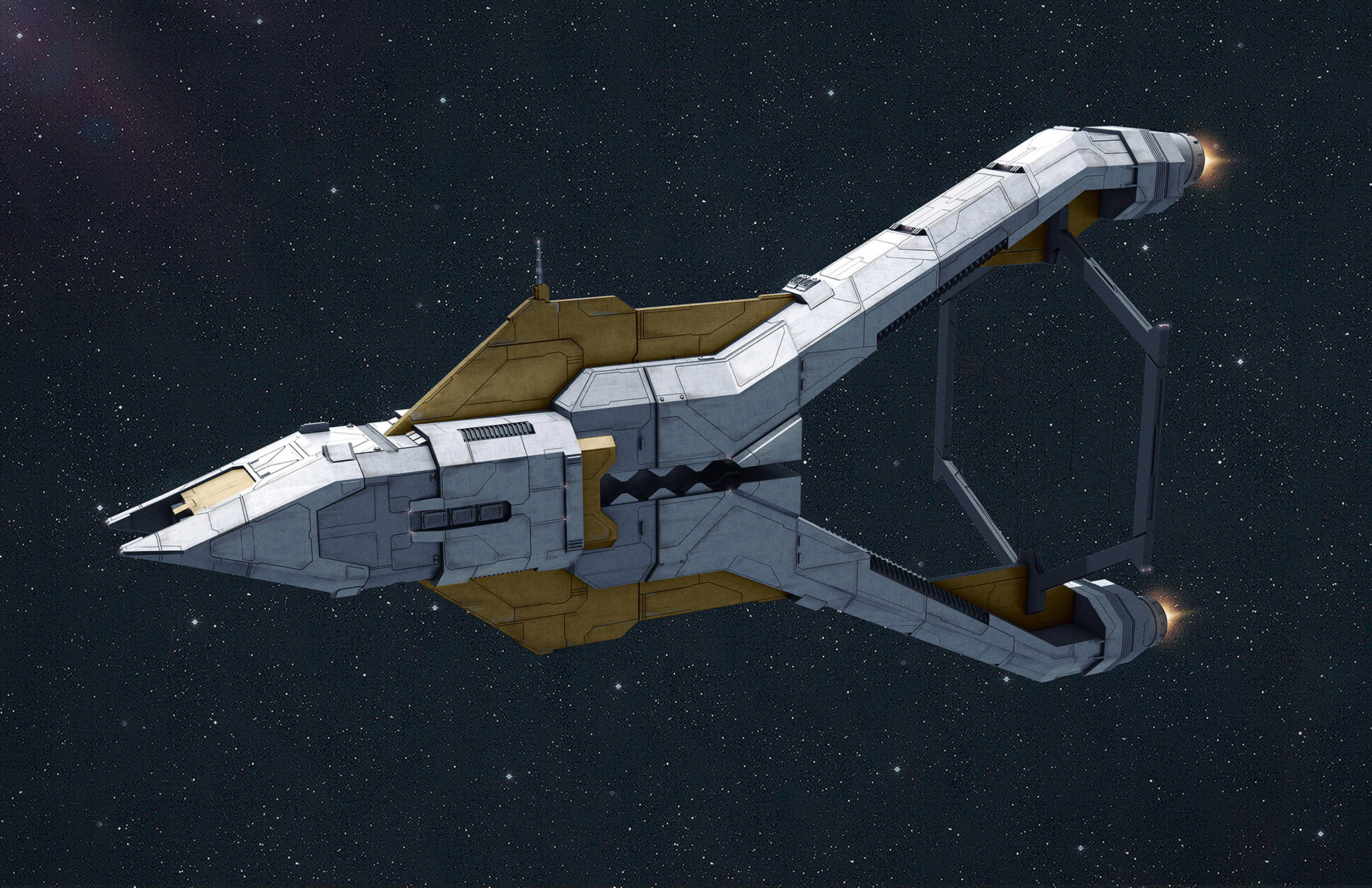 The Minelayer is a specialist defence craft manufacturer by the Civilian Guild for those that have skill as a mine specialist. Based on your own skill level, while commanding the craft mines will be regally built and placed in the hold, with the mines increasing in rarity as your skill climbs. The ship itself is fast and nimble with a sublight speed of 0.2 LYs/m and a FTL jump range of 12 lightyears. It has low defensive capabilities and power generation so will need support.

[REACTIVE] Spin Out: Nullifies attacks of any damage type targeted at [SELF] 3 times for 3 turns.