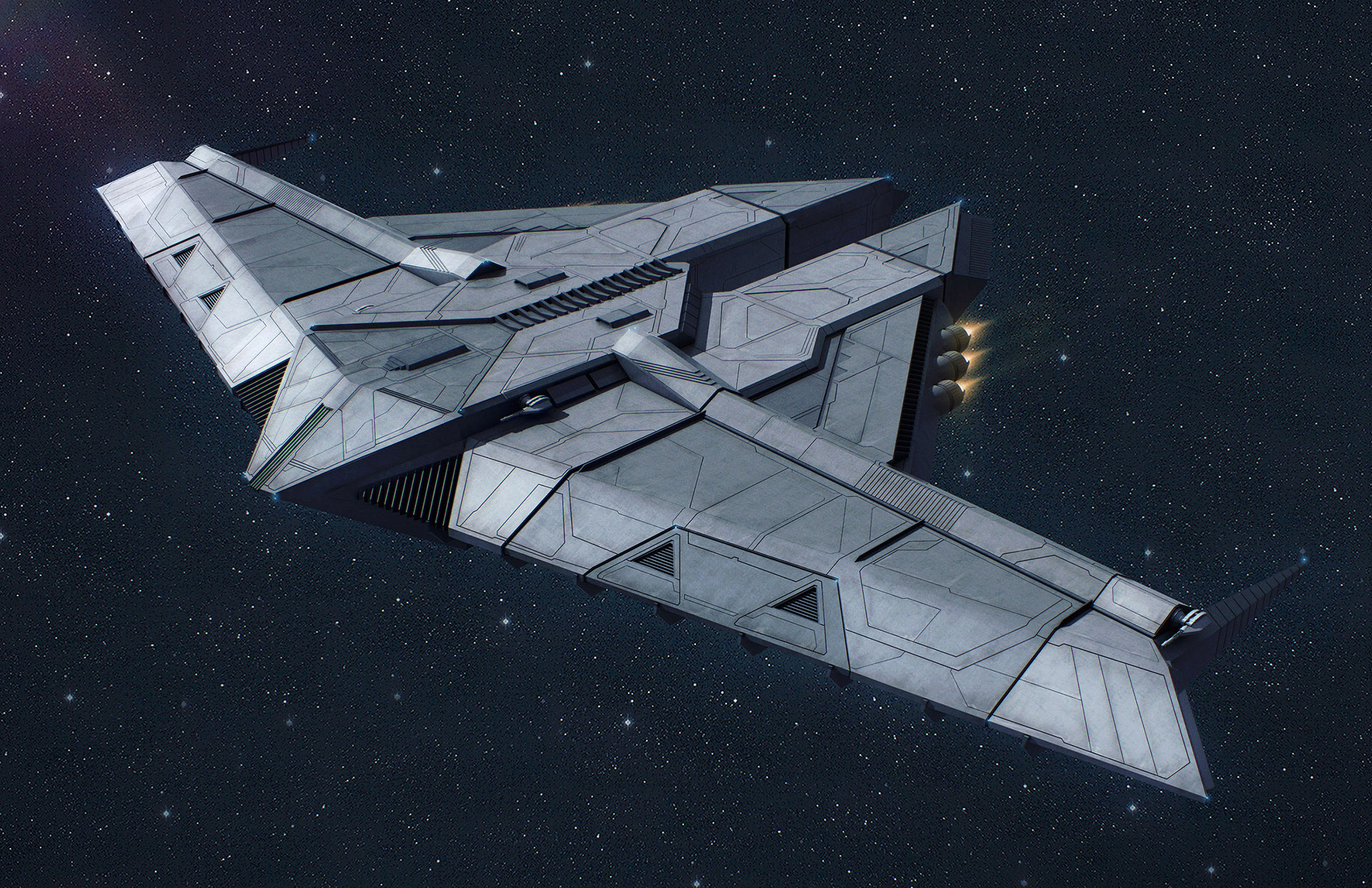 A new addition to the battlefield designed by The Descendants, the Hammerhead is true to its name and is specifically designed to ram other ships. Featuring Rhino class thruster engines on the hammerhead and high powered sub-light engines, it can keep up with most other ships. An engineered structure allows the Hammerhead to absorb blows while taking little damage.

Passive Perk: Integral Repair Droids
Repair droids that are replicated onboard so that hull damage can be self-repaired quickly outside of battle.

[REACTIVE] Head-on: Nullifies cannon attacks of any damage type targeted at [SELF] 2 times for 1 turn.