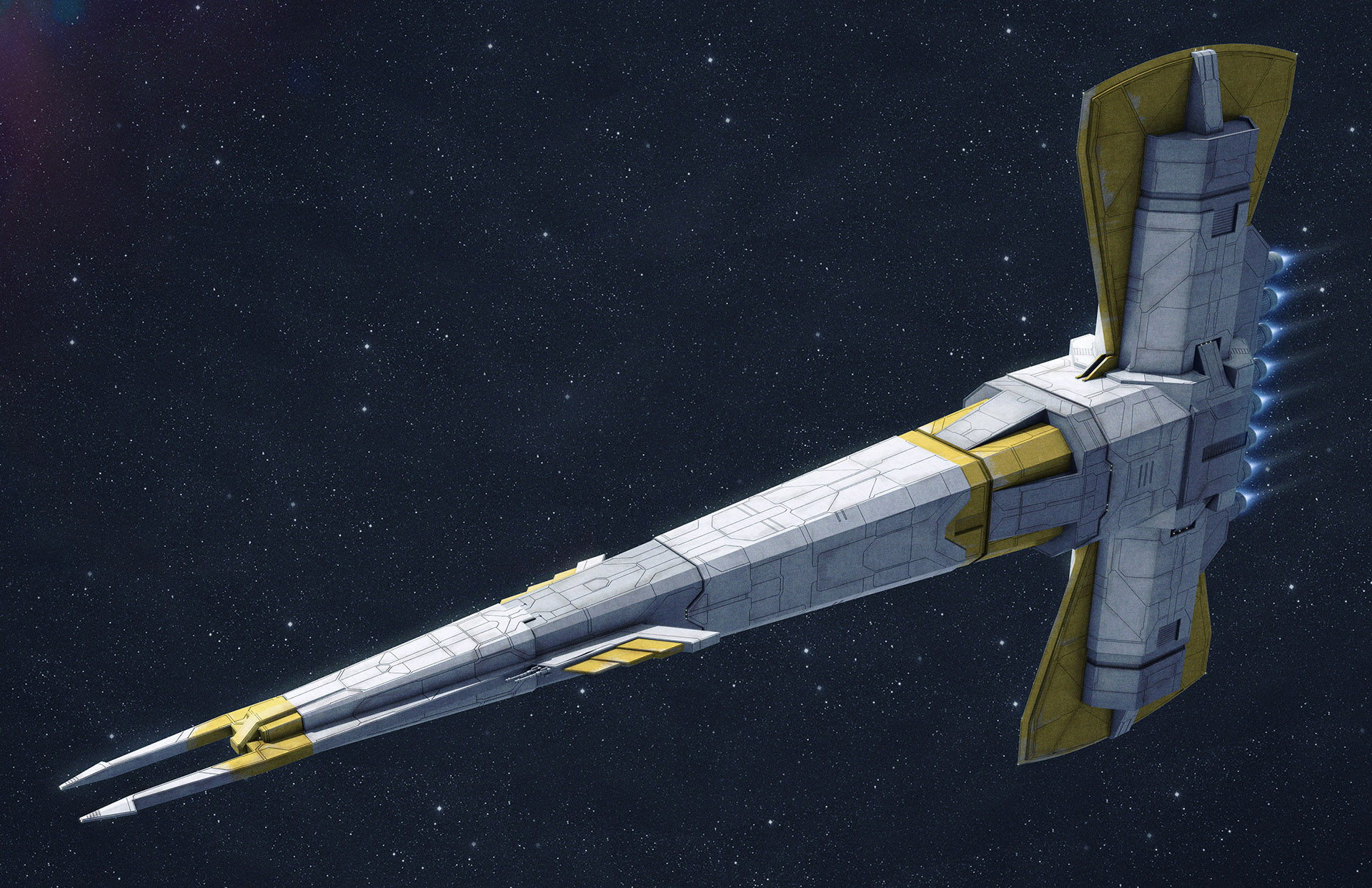 Unique to Family Ath'en, the Axe is a large ship focusing on attack and attack alone. It has an inordinate amount of power at its disposal coming in at 35.4 ZWs, is reasonably quick and features a high armour rating even if its shields are somewhat lacklustre. Its primed core perk is often a clincher when deciding to purchase this ship, as the perk damages all enemies in battle if the ship is destroyed.

Passive Perk: Primed Core
Ships with the Primed Core perk feature a specialist high yield Anti-Matter core that explodes when the ship is destroyed dealing catastrophic damage to all ships and structures in the battle.

[REACTIVE] Slice Shell: Nullifies broadside attacks of any damage type targeted at [SELF] 1 time for 1 turn.