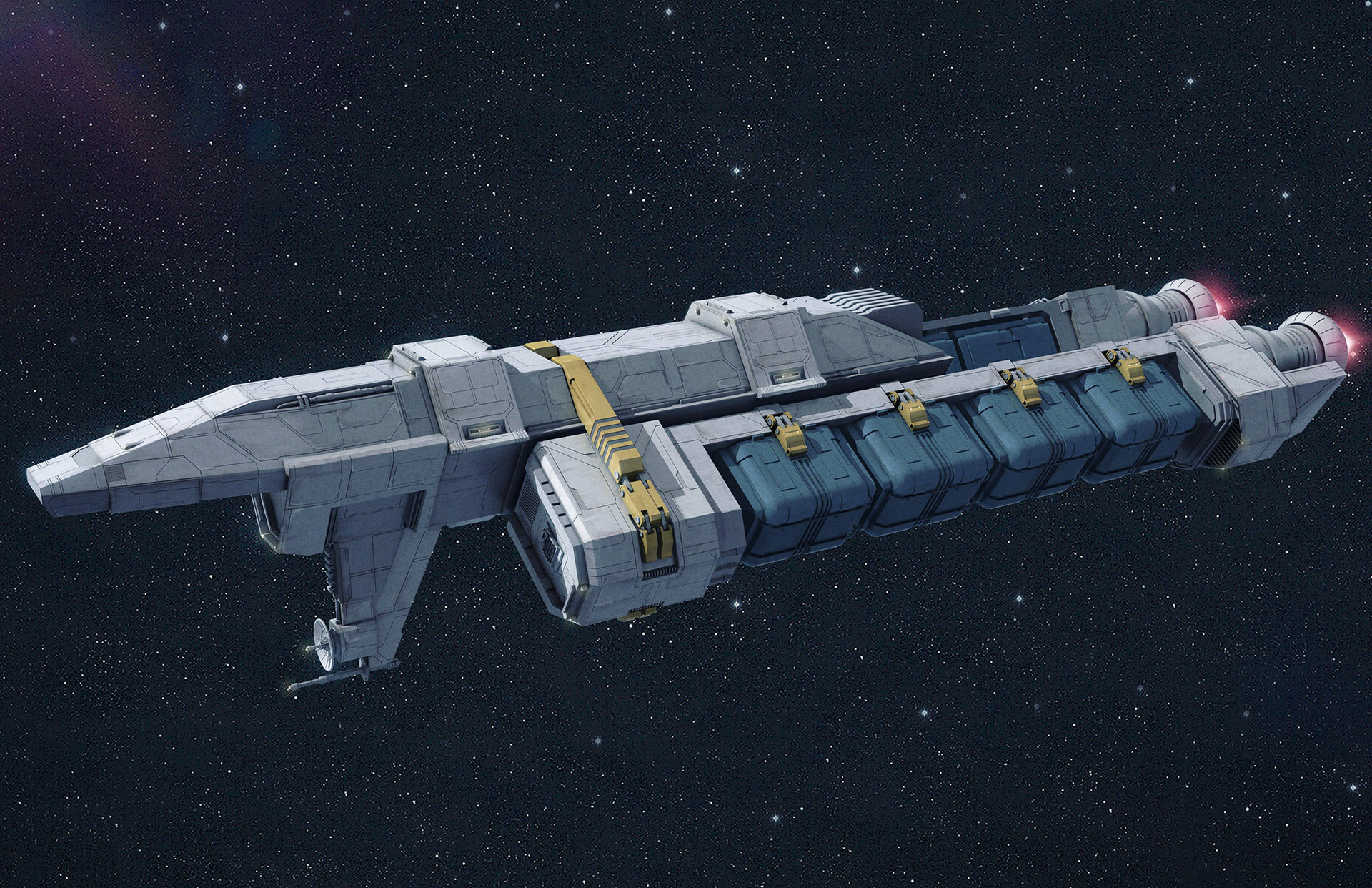 The Colony ship is designed to move massive amounts of people and commodities between colonies, and is one of the few ships that has the ability of personnel transport. Slightly smaller than the Engineer but with the same amount of hold space, significantly faster sublight speed, faster recharge rate and a bay for one spacecraft, the Colony ship is singular in its purpose and it performs it well.

Passive Perk: Mass Biostasis
The ship features mass biostasis allowing for colonists to be placed in stasis for long journeys and awoken in a new colony.

[REACTIVE] Trained Sensors: Nullifies cannon attacks of any damage type targeted at [SELF] 1 time for 1 turn.