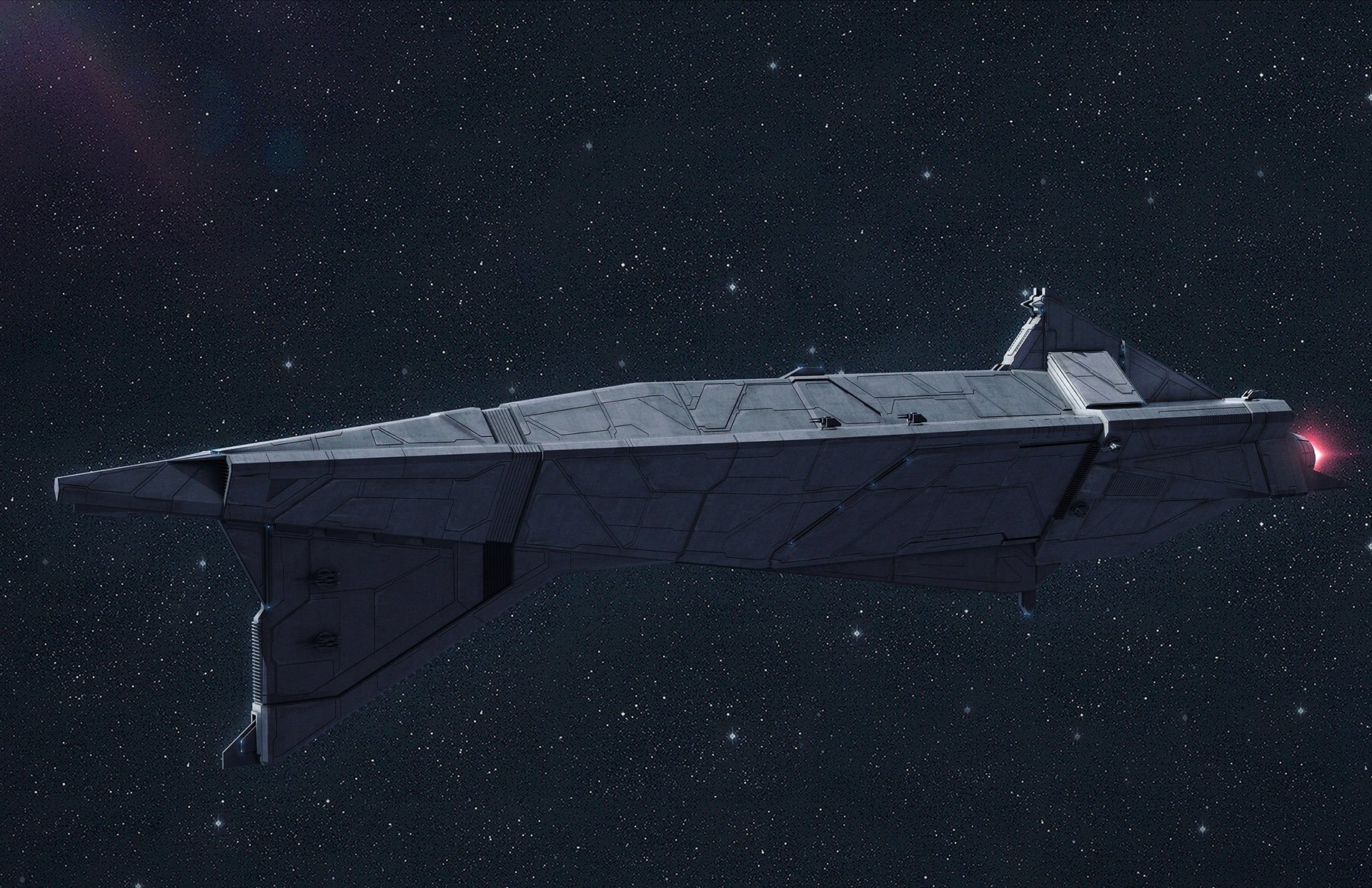 Essentially an upgrade to the Destroyer, the Dreadnought has an additional outer armour layer making it immune to both arc and biogenic saturation, adding further to its survivability in combat. It also houses improved engines, sacrificing hold space and bays to achieve this. With 31 ZWs of power, heavy shields and dense armour, the Dreadnought is a ship to be feared. The Dreadnought features cards allowing it to nullify missile attacks from smaller ships that can annoying pests as well as engage siege mode, increasing artillery damage.

Passive Perk: Arc and Bio Immunity
Has a passive immunity to arc and biogenic damage stacking.

[REACTIVE] Artillery Flak: Nullifies missile attacks of any damage type targeted at [SELF] 3 times for 1 turn.

[SPECIAL] Siege Mode: Damage by artillery weapons is increased by 100% in one turn.