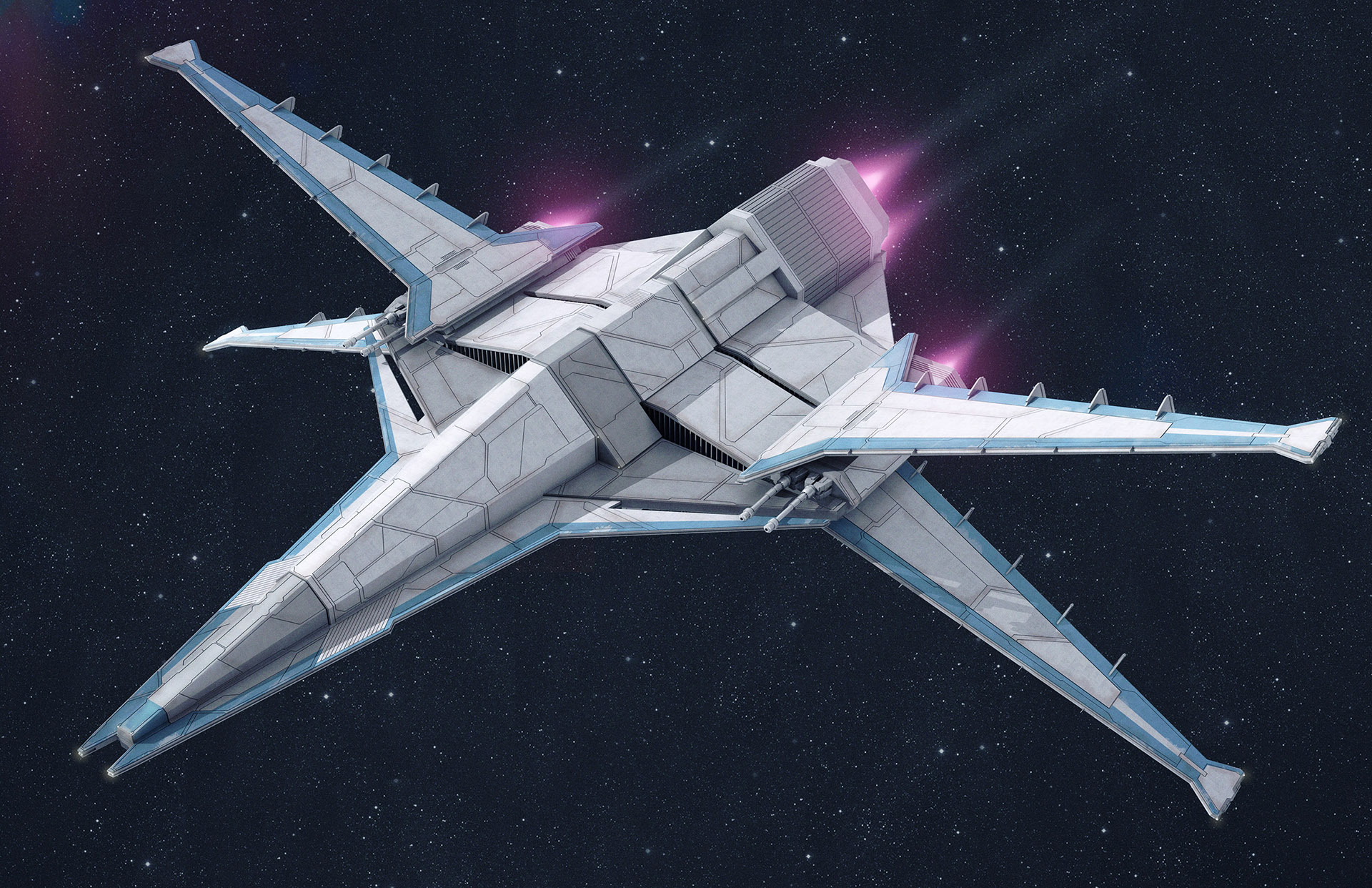 The Heavy Scout is a more hardened variant of the Scout, sacrificing speed and the ability to land for a much higher shield and hull rating. The power of the ship has also been doubled allowing it for fit an array of weaponry. The FTL jump range is the biggest improvement, allowing the Heavy Scout to jump 30 LYs in a single bound, giving it the distinct ability to recon hostile systems.

[REACTIVE] Hard Bank: Nullifies cannon attacks of any damage type targeted at [SELF] 1 time for 1 turn.

[DEFENCE] Overdrive: Modifies the following statistics instantly for [SELF]: Speed: +20%.