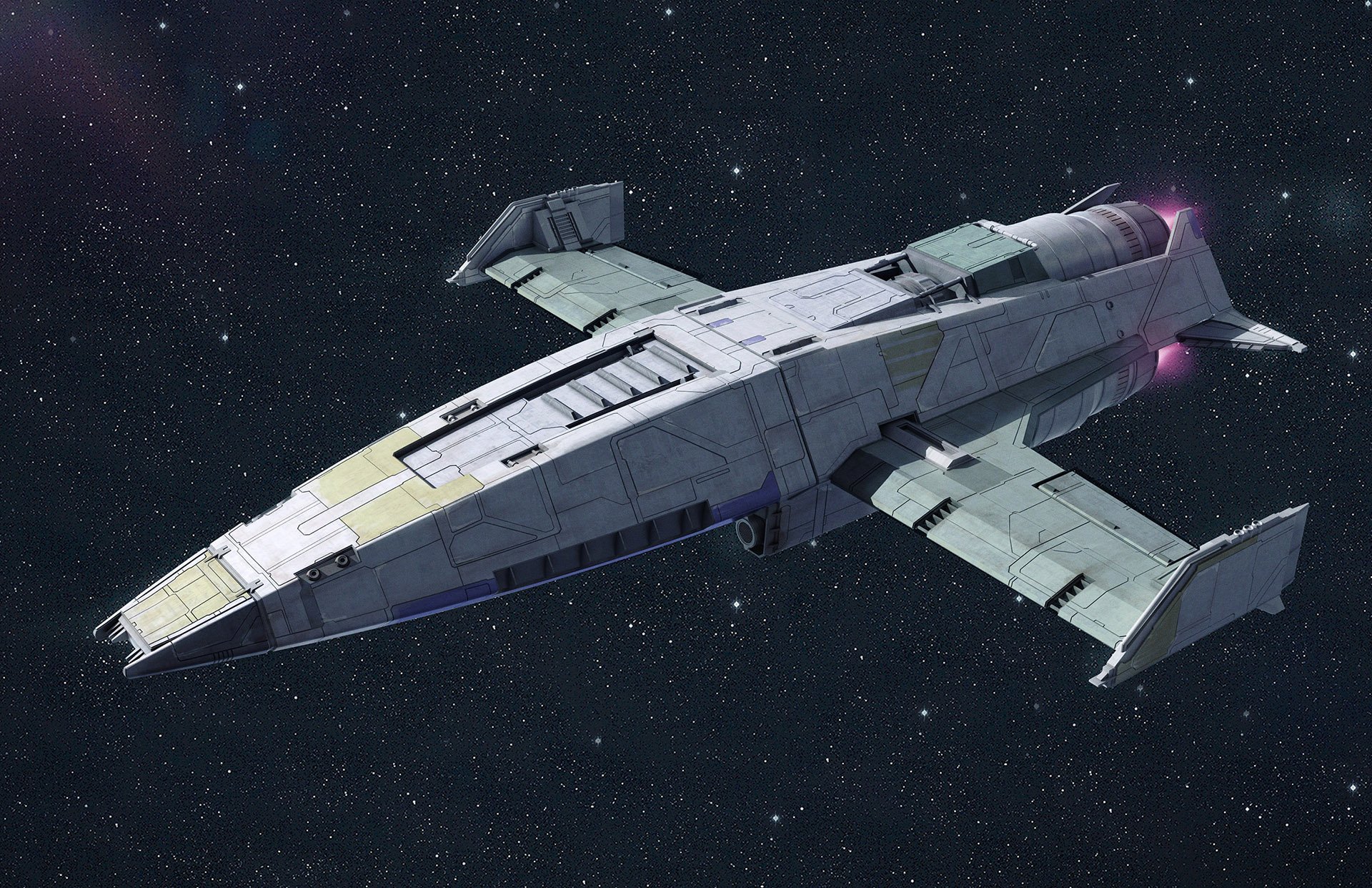 The most basic ship available, the Shuttle is designed for short-term use, mainly ferrying passengers to nearby systems. However, it's often found used for purposes well outside of its role but having only 1.2 ZWs of power and a limited hold makes it difficult to use for anything other than light transport. With built-in safety features, escaping trouble if needed, the Shuttle is ideal for new captains. The Shuttle can also serve a useful role when used as auxiliary craft docked to a mothership, allowing captains that have vessels that are too large to land to ability to switch.

Passive Perk: Escape System
Allows the ship to escape from combat regardless of its light drive status.

[REACTIVE] Sudden Elevation: Nullifies torpedo attacks of any damage type targeted at [SELF] 1 time for 1 turn.

[SPECIAL] Ground Retreat: Allows the ship to retreat to the surface of a planet.