What Can I do in TextSpaced?

The question of what you can do in TextSpaced is a common one, being a sandbox style MMORPG the answer is a lot, with more activities becoming available as you realise skills, get new ships and discover new research and technology. New content, items and other features are also added all the time.

Below is an exhaustive list of everything you can do in TextSpaced, but it does not detail every single skill and what new abilities they grant you (that would be a long list).

Like all modern websites, TextSpaced can be played in the browser of any device from phone, tablet or desktop. It has a carefully crafted and dynamic user interface that is exciting for sighted and non-sighted people alike, with original art for all aspects such as system bodies, emblems, ships, structures as well videos for different activities. The game fully utilises aria standards to aid screen reader users without sacrificing the look and feel and is always being refined and updated based on feedback. The layout is consistent and simple, with tables used for browsable data that allow sorting and filtering. An example of a typical screen is demonstrated below. 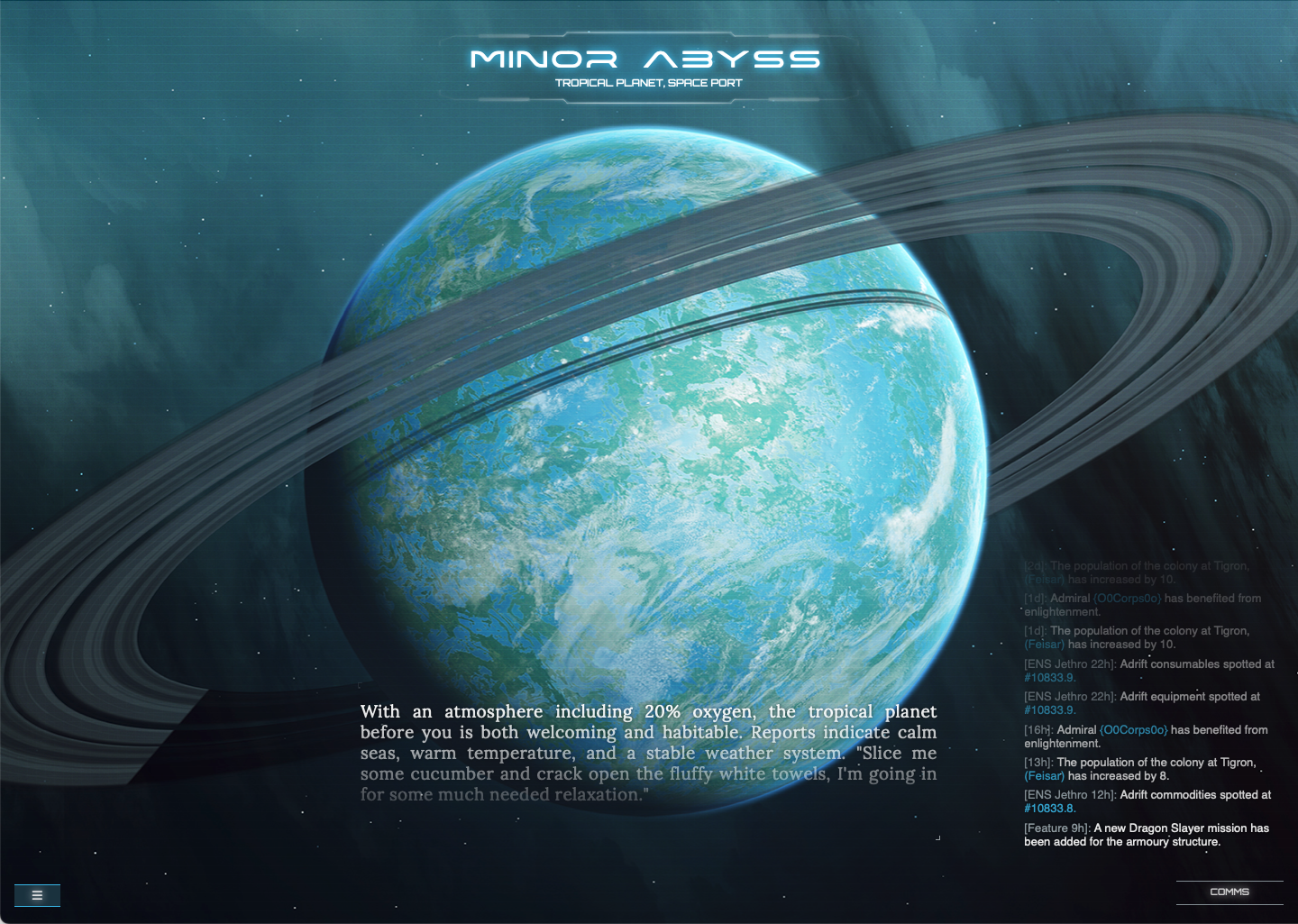 An example window of the game (the helm window) is demonstrated below. 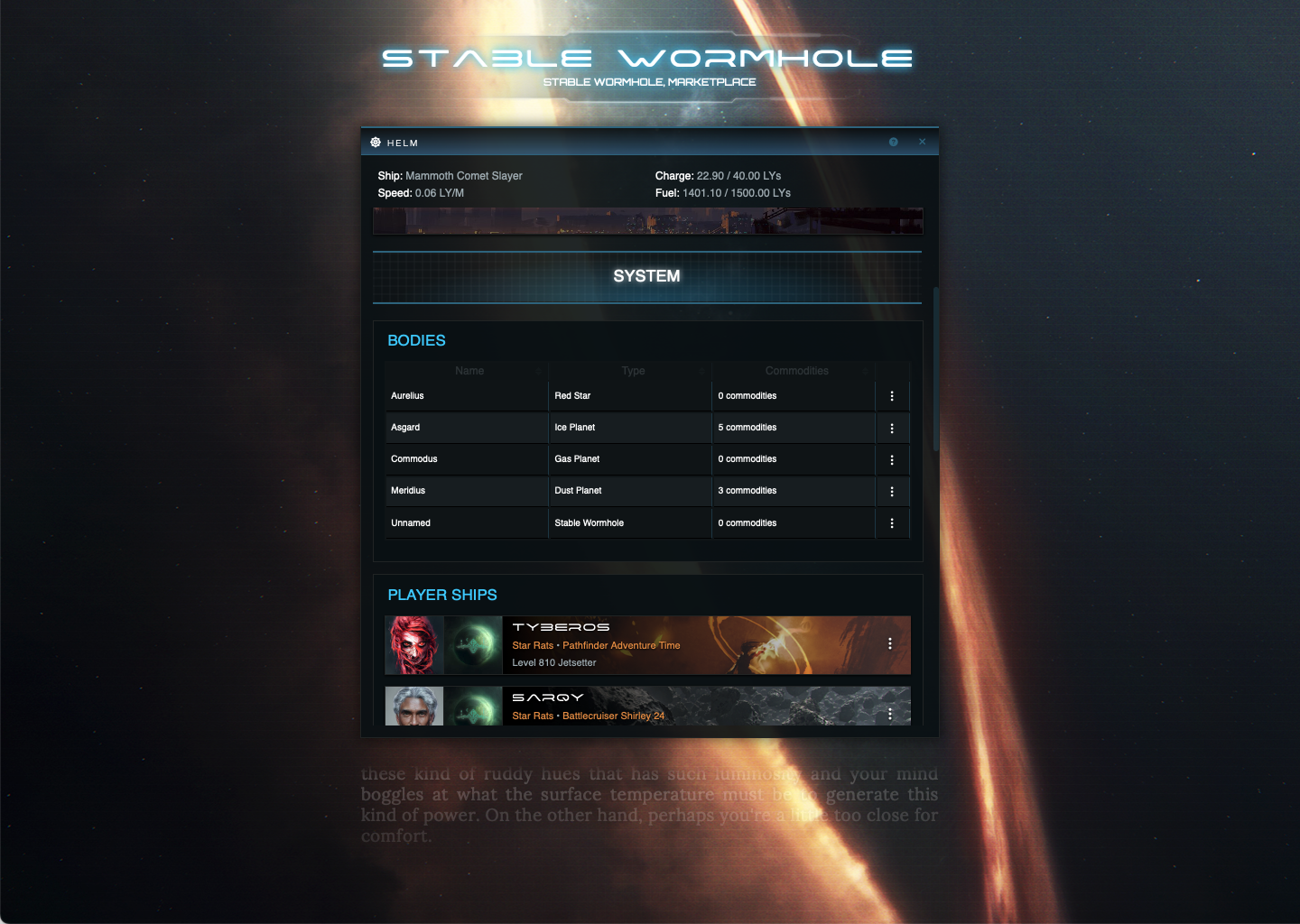